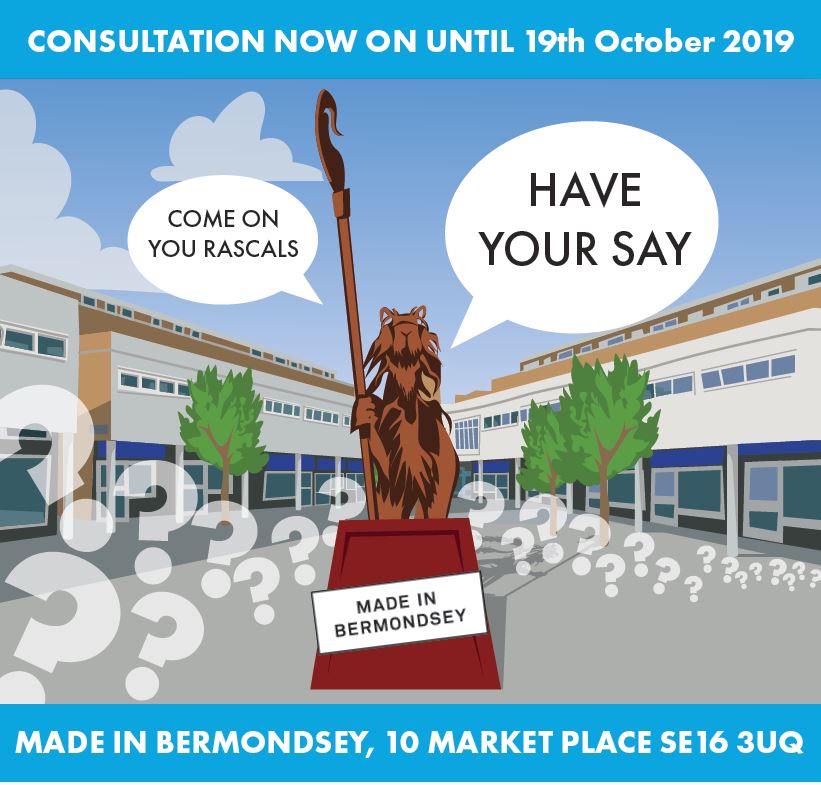 Did you know that the Blue is Bermondsey’s historic town centre? However over the years The Blue, somehow became forgotten and even disappeared from maps and road signs. In bygone days, it was said that you could buy literally anything ‘Down The Blue’

By fair means or foul, goods arriving from Surrey Docks bound for the local food factories found their way to the Blue, drawing legions of eager shoppers to the area, where the mighty Blue Market filled and illuminated the local streets

Legions of eager shoppers were drawn to the area, where the mighty Blue Market filled and illuminated the local streets and was one of the biggest in London. In recent times the trend for supermarkets, malls and online shopping has diminished the appeal of the Blue,

Now after a community campaign led by local residents and businesses our forgotten corner of London, once famous for its food production and known as ‘the larder of London, is about to be reborn.

With street markets increasingly sought after as a destination and new generation of food producers based in the arches near the Blue at Spa Terminus, the time is right to revive the area’s traditional role as London’s Larder, the hub of our city’s food industry.

VISIT OUR MADE IN BERMONDSEY PAGE HERE FOR MORE DETAILS

Posted in Made in Bermondsey, Uncategorised
23rd September 201916th January 2020